Analysis of "Empire of Dreams" by Charles Simic 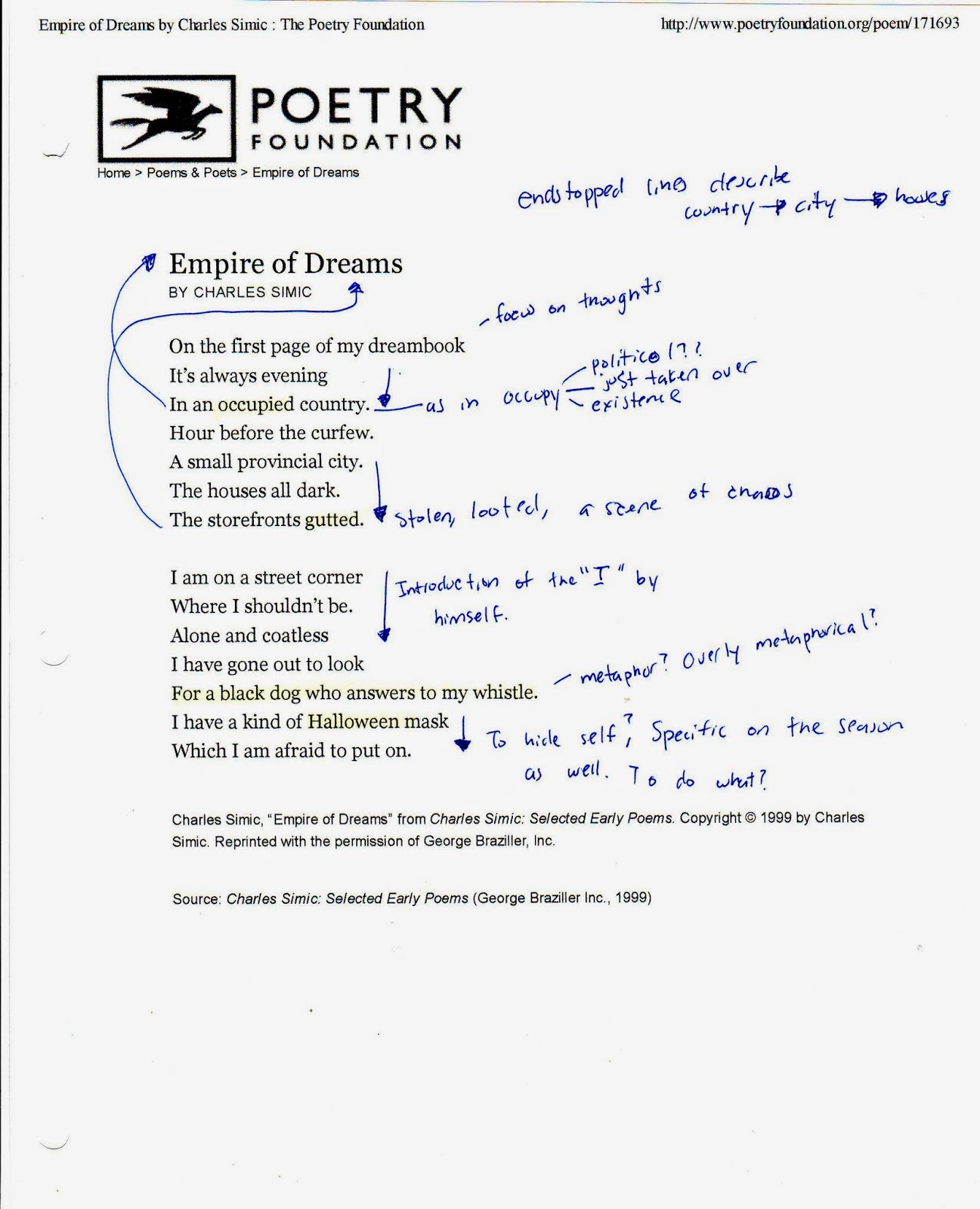 Another dream sequence type of poem, but this one has different implications.  Yes, in a dream, everything is possible, but in an empire of dreams, what is the structure?

The conceit is stated in the beginning, "On the first page of my dreambook" and so this isn't only about dreams, this is what the speaker experiences after the dream -- waking up and recording a dream.  The conceit is a dream empire looked back upon.

"It's always evening / In an occupied country."  Heavy language here, but this is a dream landscape where the word "occupied" could mean various things.  Sure occupied could have that militaristic sense, but who is really there -- only the speaker.

Hour before the curfew.
A small provincial town.
The houses all dark.
The storefronts gutted.

Note how each line is end-stopped with a period.  All descriptors that state this area -- gutted, dark, small, and an hour in before time is up.  Sounds like a dream to me.  Or, yes, the subtext of the empire is here as well.  The question is ,again, who is here though?

"I am on a street corner / Where I shouldn't be" the speaker is self aware of his placement, but where: the dream or the occupied land (perhaps both).  The speaker is toying with this idea.  But in either case, there's no sense of "freedom" here.

"Alone and coatless / I have gone out to look / For a black dog who answers to my whistle" This reminds me of the dog in his other poem "On this Very Street in Belgrade" where that dog was "homeless," this dog is "black" sort of like his shadow or rather something that comes back to the speaker.

"I have kind of Halloween mask / Which I am afraid to put on"  These ending lines have strong implications going both ways.  For the occupied land part, then yes, dissension in the form of a mask -- covering oneself up.  For the occupied dream, then yes, the fear of covering and then adding another layer to the dreamscape.

Posted by Retailmfa at 7:14 AM